We are specialized in partially and completely enclosed cabanas, pool houses and guest houses.

We are specialized in partially and completely enclosed cabanas, pool houses and guest houses.
SEE MORE

Over 35 years of experience in swimming pool design, construction, remodeling and repair services as well as landscape, pavilions, and BBQs.

We had an outstanding experience with Hawkins – we did a complete backyard remodel, including design. They made it easy for us by coordinating everything, and we had confidence throughout that we were getting the highest quality service and results. The team was really responsive, and took care of all requests, big and small. They also kept us notified regarding changes in schedule (due to rain) – we always felt up-to-date and informed. I would absolutely recommend Hawkins!  ~ Mark – Pleasanton, CA

Five stars all day long! We hired Hawkins to design and construct a pool and complete backyard renovation. They were tremendous – great architectural vision, great service, great attention to detail, and very courteous service from their staff and subcontractors. Our renovation came in at budget ahead of schedule – no small feat during a pandemic. If you are considering a pool, you MUST talk to Hawkins!!!  ~ Jeff A.

“We had Hawkins put in a pool and remodel our backyard (Dana Lund). They did a great job! They kept us posted on any delays due to the pandemic. They modified the design when we wanted changes made. Their designers put together a great pool design and landscape design that fit well with our ideas. I highly recommend them and we plan to use them when we’re ready to remodel our front yard.”

“Let me begin by saying that we LOVE our new pool… even much more than we were anticipating. I’ll post a few photos of our pool so you can see the results. Prior to starting our pool, we interviewed several other prominent pool builders in the East Bay area. Since we live on a very steep hill in Diablo, we were quite selective that our pool would not only be beautiful and fun… but also skillfully engineered and constructed. Ultimately, we felt most comfortable with Hawkins Pool.”

If I could give more than 5 stars I would. After dealing with a stressful remodel of our interior, we selected Hawkins to do our pool and outdoor pavilion. Not only was their workmanship amazing, their crews were all super professional and Hawkins went above and beyond even after the project was completed to make sure we were satisfied. Unlike our other construction projects, we did not have to micromanage their crew and they were always available and responsive to our questions or feedback. If you want an amazing pool or outdoor space without all the stress of construction, I’d highly recommend Hawkins! Mike is the absolute best! ~ S.D.

Hawkins Pools is a great company to work with. In 2020 we had them come and design a pool for our yard. Their design team really listened to our hopes and did a great pool design that fit our yard perfectly and they ensured it looked coordinated with our landscaping we had done previously. Other companies came out and provided a cookie cutter first designs, but it was clear Hawkins experience was top notch and they ideas to provide what we were hoping for. Once we started the build, they were very professional in managing schedules and their teams on property were professional and informative and even entertained our kids through the build process. After completion, the president and client service teams all checked in and continued to make sure everything was completed to our satisfaction and made sure there nothing left incomplete. I highly recommend Hawkins pools. ~ Chris C – San Francisco

Beyond impressed with Hawkins and our POOL! My biggest regret was not having done business with the Hawkins team sooner! Their attention to detail, design, response time and service was superior! We love our pool and so does everyone that comes over! Thank you so much Hawkins!  ~ Sandy S – San Francisco, CA

Our project is finally complete and we could not be happier! We wanted to extend our deepest gratitude and appreciation for all the hard work, expertise, and pride in your execution. This was, overall, a wonderful experience. We felt heard, we enjoyed the collaborative process, and we appreciated all the “can do” attitude. Every gentleman involved in the process was wonderful, polite, professional, and willing to answer any questions. Thank you and your teams for a job well done and an oasis we will be enjoying for years to come. Be well, ~ Lara – Pleasanton, CA

This is the second project that Hawkins has done for us and we couldn’t be more happy with the results. Highly recommended!
See sample swimming pool designs by Hawkins Pools.

“This is by far the best company we have ever worked with. We used Hawkins Enterprises for our pool and spa remodel. Wow what a fantastic job. From the quote to the project completion, we were absolutely delighted. Wish I could give them 6 stars.”

"Professionalism and down to earth. Their easy to talk with and the presentation didn't compare with anything we had seen prior. We saw what our pool was going to look like in full drawing and architectural plans and that was a big selling point for us".

If you are looking for someone reputable to design you an amazing pool and build it super well with no contractor BS, then this is the company for you. I researched a bunch of pool builders and learned a lot about the process and the players. It came down to Hawkins and another company. Both would have built a great product but the design of Hawkins was way better.

Their designer is amazing and really understood the more modern/contemporary feel we were looking for from the project. All the subcontractors were super dialed. Always neat and tidy and clearly knew what they were doing. The rep from Hawkins who is on site and oversees everything is a little old school in that he doesn’t do texts or emails but he was responsive on the phone.

One benefit that gets overlooked too much is the fact that Hawkins owns their own landscape company that’s separate from the pool company (so it’s not pool guys doing your landscaping). As I write this review, most landscape guys are about 6 months out from beginning any new project which means your pool could be done and it’s surrounded by dirt. With Hawkins, they put you to the front of the line and make sure your whole project gets done in a timely manner. Pool and landscape one stop shop.

I stand behind these guys because they stand behind their work. The owner, John, is on site multiple times during a project and always does a final walk through to make sure you’re satisfied. Its just a good product from good people. You won’t be disappointed.

If we had to do this all again…. ….we would, without hesitation, choose Hawkins for our backyard project! Yes, they’re that good!

We chose them based on our belief in getting value for our money (not looking for the least expensive as we believe you get what you pay for), and for someone that was experienced in managing the entire project across all the phases without us having to project manage anything. Hawkins delivered on that, and we’re so happy with the outcome!

From the discussion of our vision and our needs with Jeff, the master designer, to seeing it on a plan, to watching it materialize in our backyard, the entire process was super seamless, and very turnkey for us….while still being one-of-a-kind and totally suited to our style. 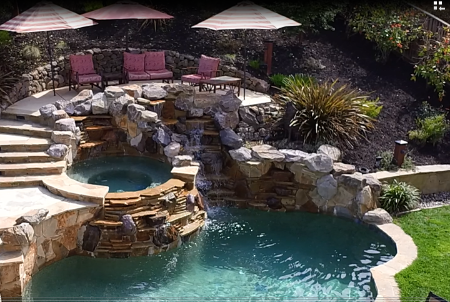 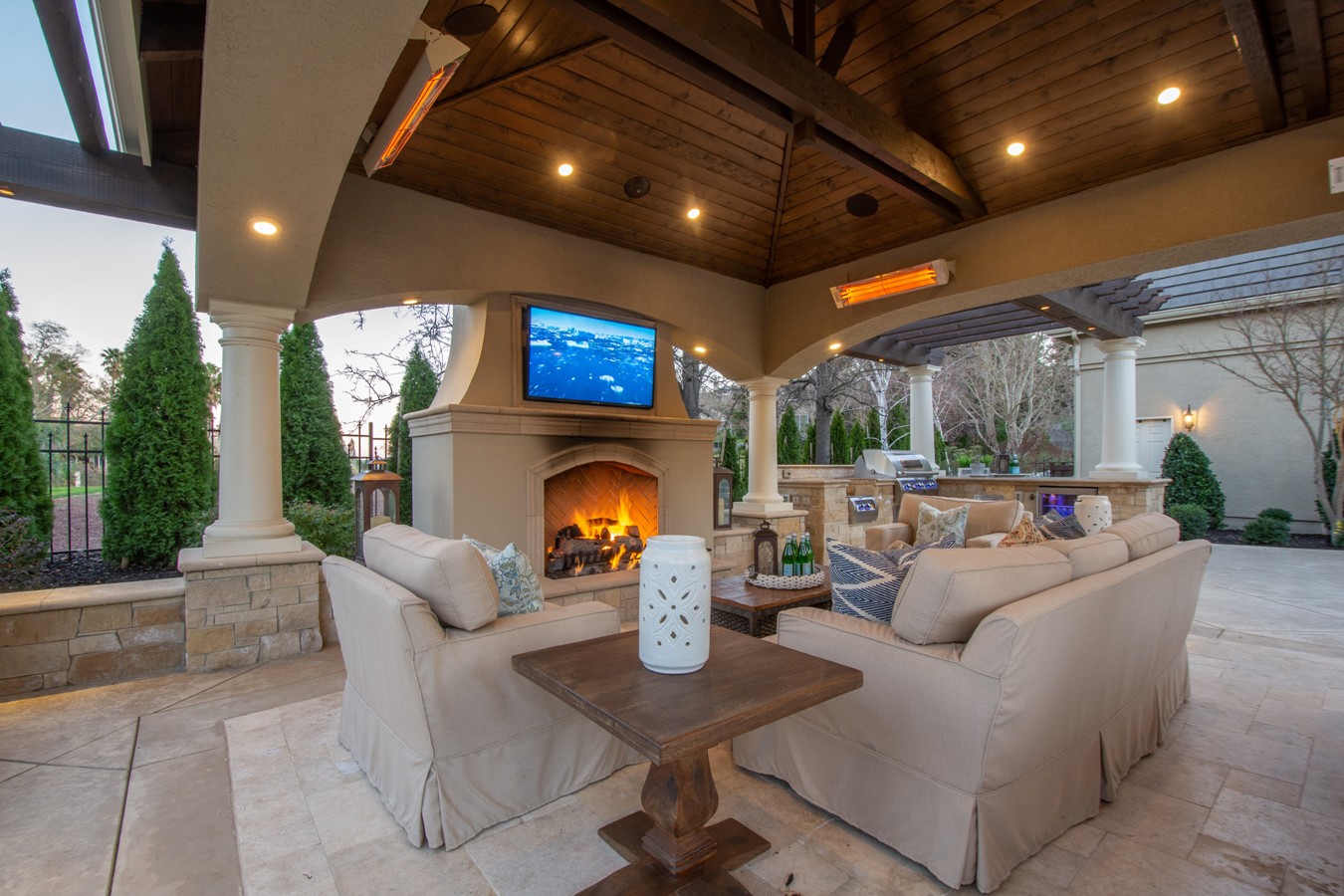 Create your dream pavilions and cabanas 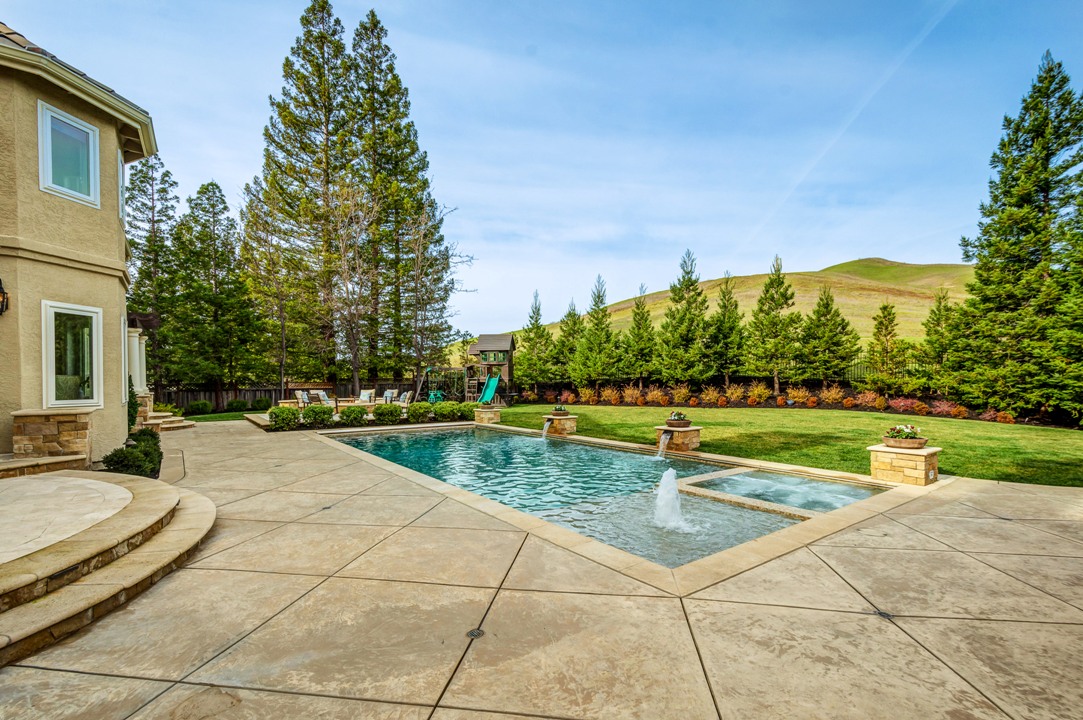 Pool, spa, and fountain services for residential and commercial